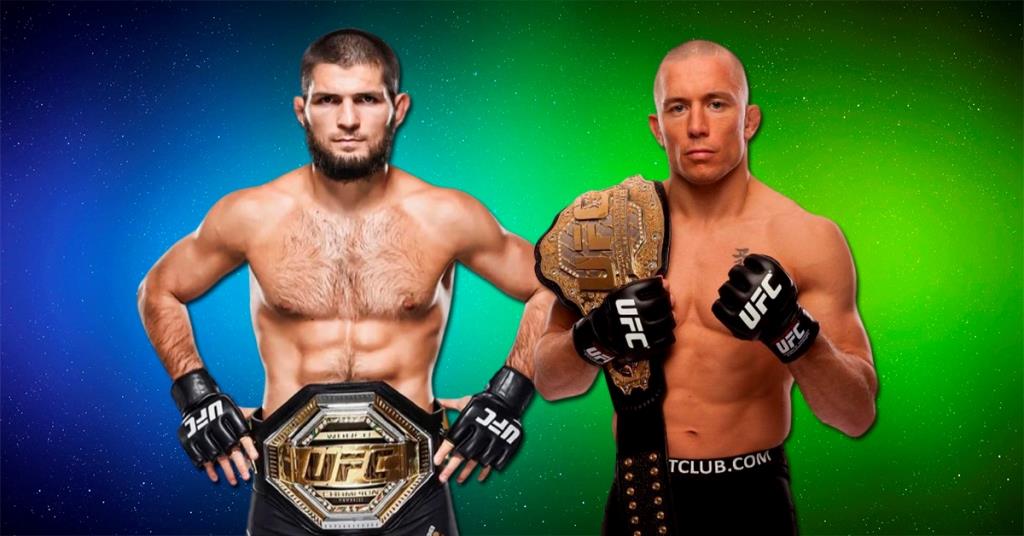 Eagle FC president sees no reason why Khabib Nurmagomedov and Georges St-Pierre might compete against one another in a grappling match.

A dream matchup between Khabib Nurmagomedov and Georges St-Pierre might come to fruition. It won’t be inside the octagon or under MMA rules. However, a grappling match between the two legends could go down.

Eagle FC president Shamil Zavurov isn’t ruling out the possibility of Nurmagomedov and St-Pierre colliding in a grappling match conducted by his promotion.

Zavurov weighed in on a potential clash between Nurmagomedov and St-Pierre during a recent interaction with RT Sport. He pointed out that both the former UFC champions are still fit and take training very seriously despite having retired from the fight game.

Although Zavurov sees no reason why Khabib Nurmagomedov and Georges St-Pierre might compete against one another in a grappling match. However, he believes only ‘The Eagle’ can confirm whether or not it’ll come to fruition. He said (Quotes translated by RT Sport):

“Khabib is always in shape. I also follow Georges St-Pierre on Instagram and I can see he’s always in shape too. Always training. Same for Khabib… He is such a big fan of the sport that he is still in great shape. He’s in the United States now and he’s working hard with other guys twice a day. It will be exciting but you better ask Khabib.”

When Georges St-Pierre caught Khabib Nurmagomedov in a chokehold

Although they were never booked to fight one another, Khabib Nurmagomedov and Georges St-Pierre have playfully caught each other in chokeholds in the past. At a meet-and-greet event organized by former British professional strongman Eddie Hall in England last year, St-Pierre was seen hilariously grabbing Nurmagomedov in a playful chokehold from behind.

This happened as Nurmagomedov was interacting with fans present at the event. ‘Rush’ later revealed that Nurmagomedov had done the same to him a few years ago in Moscow, so he decided to return the favor.

Nurmagomedov and St-Pierre are considered two of the greatest MMA fights. However, both are retired and have made it clear that they don’t wish to compete inside the cage anymore.