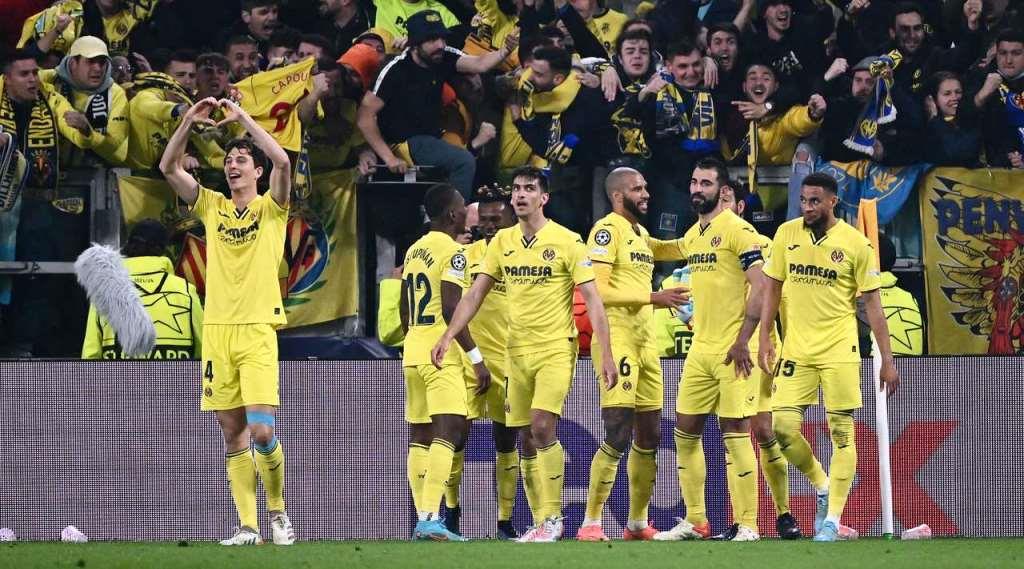 Juventus were dumped out of the UEFA Champions League in the Round of 16 for a third consecutive season, after losing to Villarreal 4-1 on aggregate and 3-0 on the night. Meanwhile, the ‘Yellow Submarine’ progress to the quarter finals for just the third time in their history.

Juventus came into the tie hoping to overcome the frailties shown in the Champions League Round of 16 in previous years, after being eliminated at this stage the past two seasons.

However, the Spanish visitors started the brighter side, dominating possession and dictating the pace of the game whilst Juve sat back trying to hit on the counter attack. Massimiliano Allegri was incensed at his side’s lethargic start, and berated his players to get higher up the pitch.

They duly obliged, as the home side began to press from the front, and ramped up the pressure, creating several chances on goal. Juan Cuadrado’s whipped cross was met by Álvaro Morata, but the Spaniard’s header was superbly kept out by Gerónimo Rulli from point-blank range.

Dušan Vlahović then began to pepper the visitors’ goal, as he rattled the crossbar with a sublime first time effort after being teed up by Mattia De Sciglio. He also saw a header from just a few yards out somehow saved by Rulli who didn’t know much about it.

With neither side willing to take a risk to find a goal, the subdued performance on the pitch was being felt in the crowd, who became restless with the lack of action and intent from the ‘Bianconeri’.

However, after a largely attritional second half, a moment of drama burst out of nowhere 15 minutes from FT, as Daniele Rugani tripped Francis Coquelin in the box but the referee waved away the incensed protests. Justice would be done though, as VAR officials advised the referee to consult the pitchside monitor, and a penalty was subsequently given.

Having just come on as a sub, Villarreal talisman Geraro Moreno stepped up to slot his spotkick away and give the visitors the all important lead.

The Allianz Stadium was then stunned in silence minutes later as Unai Emery’s side doubled their lead through Pau Torres, who was criminally left unmarked at a corner to volley in.

Things went from bad to worse for Juve, as Matthijs de Ligt gave away a penalty in the 90th minute, which Arnaut Danjuma buried to rub salt in the wounds and confirm his side’s passage into the Champions League quarter-finals.