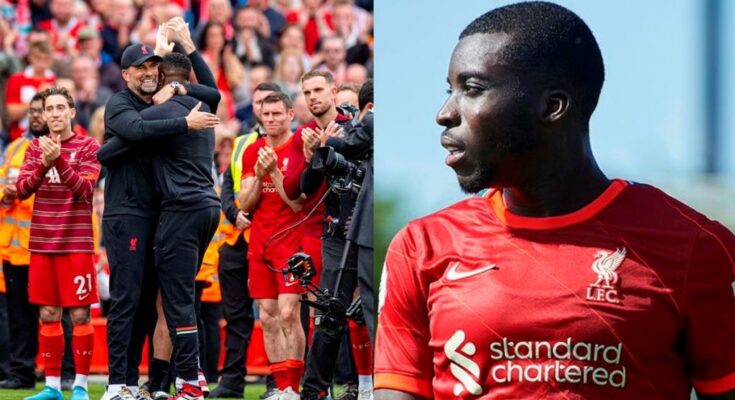 Liverpool winger Sheyi Ojo has thanked the fans for their wonderful support after his 10-year association with the club came to an end.

The 24-year-old took to social media to highlight the experiences he gained from his time at Anfield.

“I feel blessed to have played at this club. Many beautiful moments and memories but most importantly the unconditional support from the fans. I joined Liverpool when I was 14. Never could I imagine the journey it would take me on. Both on and off the pitch.”

“From the come up in the academy to playing for the club at the highest level. The experiences along the way in Europe, tours. The setbacks & Injuries, making mistakes. Learning patience. The physical & mental challenges of going on loan to different clubs. It’s a unique story. & I’m grateful. Never stop dreaming…”

Sheyi Ojo joined the Liverpool academy in 2011 and was regarded as one of the brightest prospects in the club’s academy. He impressed in the club’s youth ranks before making his first-team debut in January 2016 in the FA Cup.

He scored his first and only goal for the Reds later that same month against Exeter City in a cup replay.

However, he failed to break into the first team and underwent several loan spells to several clubs, including Reims, Cardiff City and Rangers.

Sheyi Ojo arguably played the best football of his career under Steven Gerrard in the Scottish capital with Rangers. He scored five goals in 45 matches in all competitions for the Ibrox outfit.

His last appearance for the Reds came on the final day of the 2015-16 season when he played 81 minutes in a 1-1 draw away to West Brom.

Big things were expected from Sheyi Ojo as a youngster and Liverpool were one of several top sides who were interested in his services.

The Anfield outfit reportedly paid £2 million to secure his services from MK Dons, beating off competition from the likes of Chelsea. The fee paid for him as a 14-year-old highlighted his immense potential but things did not go according to plans on Merseyside.

Sheyi Ojo was on the scene at the same time as arguably the greatest triumvarate in the club’s history. There was no way he was going to displace the trio of Mohamed Salah, Roberto Firmino and Sadio Mane.

At 24, he still has his best years ahead of him and there is still a possibility that he could have a successful career away from Anfield.