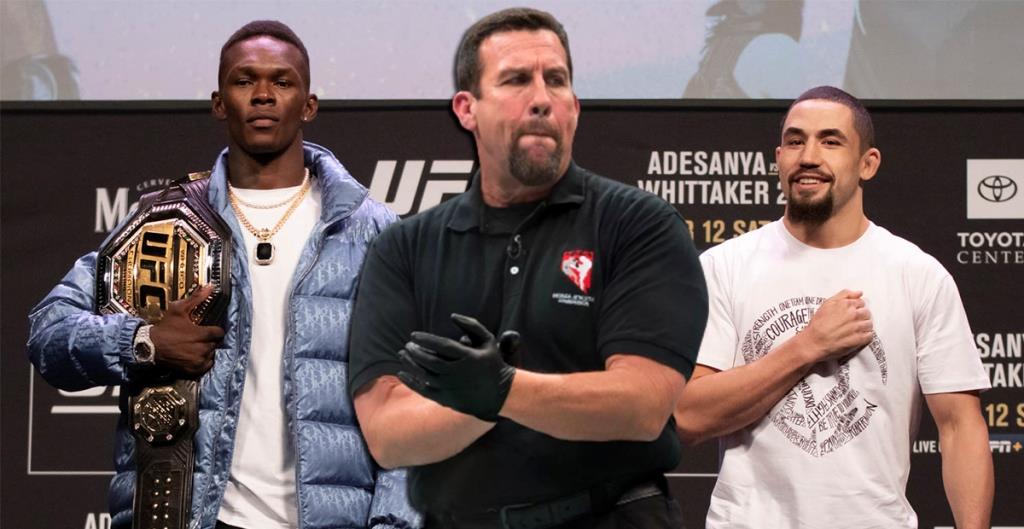 John McCarthy has praised Robert Whittaker for his toughness and has lauded the Australian for earning another shot at the middleweight title.

‘The Reaper’ is set to take on Israel Adesanya at UFC 271 this weekend.

In a recent episode of the Weighing In podcast, McCarthy said:

“He just is, a tough dude. Especially in the stand-up. He got the decision against Till, he beat Cannonier, and he beat Kelvin Gastelum… He’s put on very good performances in all of those fights… If you look at the fights themselves, he has been in control of all of them. He has boxed well, he has been using his wrestling and he’s been taking people down… This is the guy that went 10 rounds with Yoel Romero. He can fight, the guy is a stud… He has aspects of his game that are better than Israel Adesanya.”

Robert Whittaker, who lost his middleweight crown to Israel Adesanya in 2019, has since racked up three back-to-back victories in the division. ‘The Reaper’ secured unanimous decision wins over Darren Till, Jared Cannonier and Kelvin Gastelum to solidify his status as the clear-cut No.1 contender at 185 lbs.

While his first loss to Adesanya was as conclusive as it gets, many believe Whittaker wasn’t at his best that night. Injury issues, the long layoff, mental warfare with Adesanya and the pressure of headlining a massive event in his home country clearly got to him and he fought uncharacteristically on the night.

This time around, the former champion is seemingly back to his best self.

Robert Whittaker recalled being enraged going into the first fight against Israel Adesanya at UFC 243, back in 2019.

The Australian admitted that ‘The Last Stylebender’ managed to get into his head and faze him before their fight. He believes the rage resulted in him losing sight of his game plan, which ultimately saw him get knocked out.

Speaking to Daniel Cormier on an episode of The DC Check-In, Whittaker said:

“Honestly, I think there was a lot of things going on. Like, I was stressed out by a lot of different things. I’ve mentioned it before like, I was burning on a whole host of other stuff. I think all of the external factors, I just kind of directed towards him and took it out on him; which then clouded my mind with anger and hate. And all I wanted to do was rip his head off. And you can see that in the fight.”