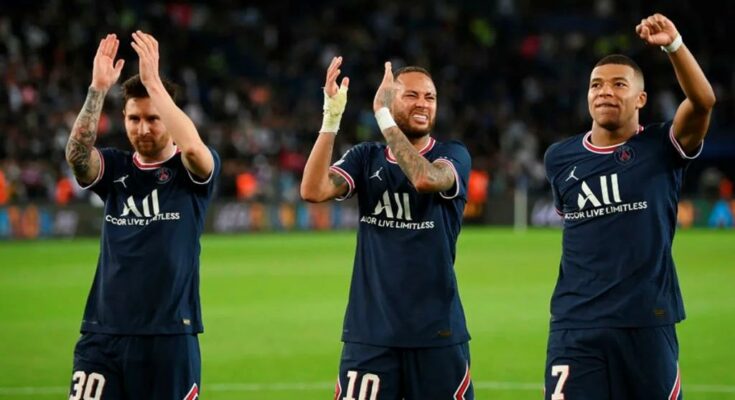 Neymar’s future at Paris Saint-Germain and his relationship with Kylian Mbappe’s family have taken another twist in the ongoing transfer window. The flamboyant Brazilian has been linked with a move away from the Parc de Princes, reportedly at Mbappe’s behest.

Neymar initially joined PSG for €222 million from Barcelona as the most expensive player in the world and it was expected that a champion team will be built around him. However, the Brazilian has so far failed to deliver the Champions League trophy for the Parisians, the Holy Grail of club football.

PSG went on to sign Mbappe, who then established himself as one of the best players in the world through his exploits in Paris. Rumors have circulated that PSG intend to part ways with the mercurial Brazilian for the right price, with him losing his centrality in the team after the ascent of Mbappe and due to him drawing a hefty wage.

Some rumors had previously stated that Neymar’s exit was requested by Mbappe, and although the star shot down those claims, they seemed to persist. However, recent internet activity has again referenced the claim, albeit obliquely.

This is thanks to a recent interaction on Twitter where Fayza Lamari, Mbappe’s mother, liked a fan post that said: “Mbappé tell Ney to stay.” With the Frenchman’s family seemingly in support of the Brazilian staying put in Paris, the star might remain with PSG.

Neymar will prove to be a tricky asset to sell due to his wages and the expected fee PSG might demand if they decide to part ways with the Brazilian superstar. Nevertheless, his future is likely to become clearer as the transfer window progresses.

Which Premier League club could PSG star Neymar go to?

Rumors of Neymar’s potential exit from the Parisian outfit have engulfed the footballing world since Mbappe signed his mega-contract with the club. It is popularly believed that Paris Saint-Germain want to move the star on, and a number of Premier League clubs are said to be interested.

The star has only played for two clubs in Europe since leaving Brazilian shores in 2013 to ply his trade at Barcelona with Lionel Messi and Luis Suarez. He may not be Premier League-proven, but a blistering career at Barcelona and a solid return of goals at the Parc des Princes mean Neymar is still one of the most valued footballers in the world.

Chelsea are intent on adding more strength to their attacking ranks, with Romelu Lukaku now away on loan at Inter. Newcastle might not be a great destination for Neymar, but their new financial backing would mean they can pay his wages easily. Manchester City are also a financial powerhouse, and with Gabriel Jesus’ recent exit, a move for Neymar could potentially be on the cards.

Other teams like Manchester United and Arsenal are less likely to go after the star, especially as they are not in the Champions League. However, Liverpool, who have arguably become one of the best clubs in Europe, might be a realistic option for Neymar.