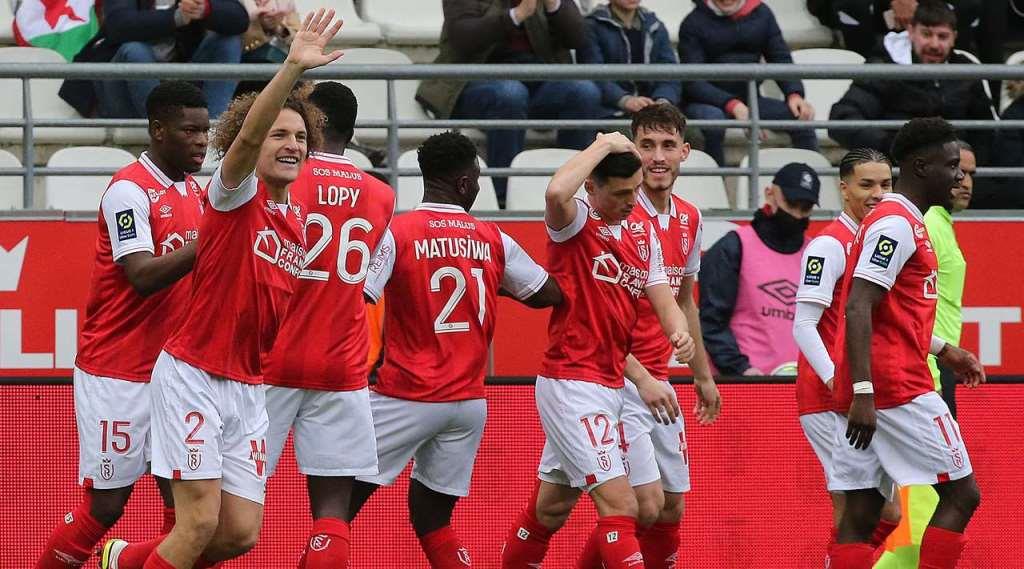 In a frantic affair at the Stade Auguste Delaune, neither Stade Reims or Stade Brestois 29 could be separated, with the pair playing out their second 1-1 draw of the campaign.

In a fixture that averages less than two goals per game, it was perhaps a shock to see both teams on the scoresheet before the interval. Racing out of the blocks, the home side took the lead in emphatic fashion, when Wout Faes glanced a header into the top-left hand corner.

Seemingly in cruise control, the equaliser came somewhat against the run of play, with a moment of brilliance from the Brest attack presenting the opportunity.

Romain Del Castillo’s delightful outside of the boot pass perfectly slipped through Martín Satriano, who rifled his right-footed effort into the roof of the net.

Having been the hero in the first half, Faes quickly turned into the villain in the second, when the defender tripped Franck Honorat inside the box.

After a lengthy VAR check, the penalty was given, but Brest were unable to find a way past goalkeeper Predrag Rajković. Firstly saving Youcef Belaïli’s original spotkick, the Reims shot-stopper reacted well to deny Del Castillo’s rebounded effort.

From that point onwards, it seemed as if Brest were in the ascendancy, with Hugo Magnetti driving a strike against the inside post. In a rare Reims attack, the home side did manage to put the ball in the back of the net, only for Mitchell van Bergen’s close-range effort to be ruled offside.

Ultimately, that would prove to be the last chance of the match, as neither side found that much-needed breakthrough. The hosts remain seven points above the drop-zone, with a nervy finish to the campaign expected for ‘Les Rouges et Blancs’.