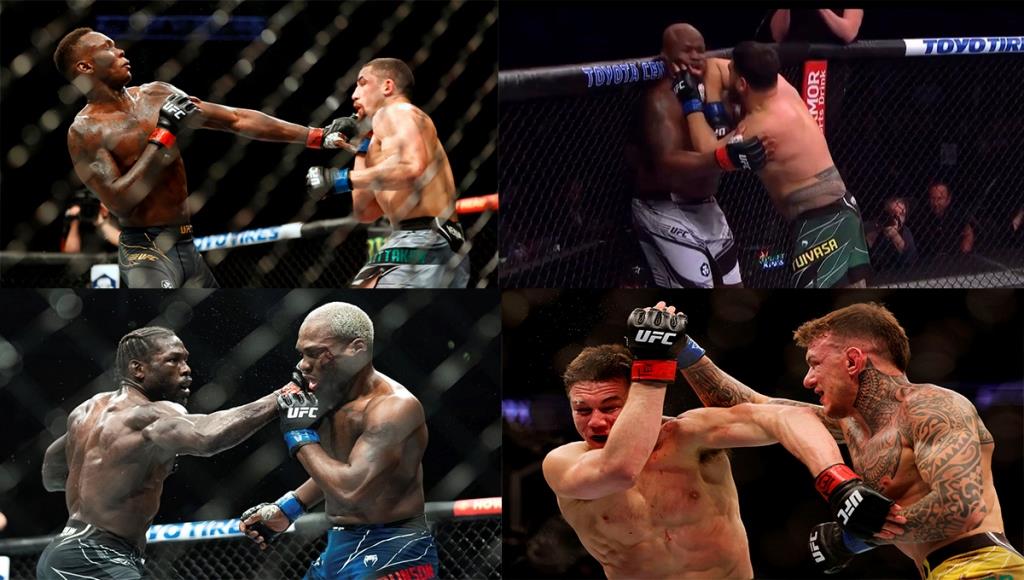 UFC 271. A report of all the wins and losses in this article is below.

‘The Last Stylebender’ successfully defended his title for the fourth time after landing on the triumphant side of a unanimous decision. The scores were 49-46, 48-47, 48-47.

Whittaker showed tremendous improvement from their first go-round as he remained competitive throughout the fight. However, the former champion’s caution also led to his downfall as Adesanya was able to comfortably land precise blows from a distance.

In the co-main event, rising heavyweight star Tai Tuivasa scored the biggest win of his career by knocking out hometown hero Derrick Lewis. It was a miraculous come-from-behind win as Tuivasa was thoroughly outworked by ‘The Black Beast’ in the opening frame.

However, the tides turned when the Australian found his groove in the second. ‘Bam Bam’ connected with a powerful short elbow from the clinch that sent Lewis’ unconscious body crashing to the canvas.

Previously ranked 11th, Tuivasa is now expected to enter title contender territory. He now has five wins in a row, all coming by way of knockout or TKO.

An all-important middleweight matchup between Derek Brunson and Jared Cannonier stole the show on the main card. After getting dominated in the opening round, Cannonier connected with a thunderous elbow strike followed by an unorthodox backhand that landed flush on Brunson’s jaw.

‘The Killa Gorilla’ followed up with a few more ground strikes to force referee Kerry Hatley to call for the stoppage. He is now expected to challenge ‘The Last Stylebender’ for the 185-pound title next.

In the lightweight division, Renato Moicano earned a statement win over Alexander Hernandez. The Brazilian scored yet another rear-naked choke submission, his fourth in the UFC and ninth overall.

UFC 271 full card Report of all wins and losses

Roxanne Modafferi hung up her gloves, Andrei Arlovski follows with a splendid performance at the UFC 271. MMA Twitter reacts