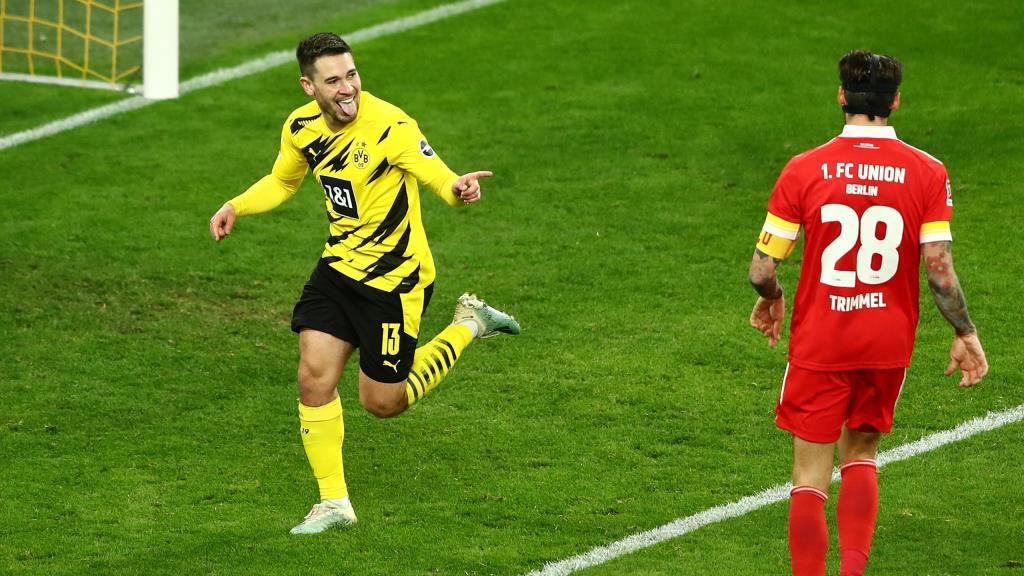 For the fourth consecutive Bundesliga game, Union conceded exactly once before half-time, but on that occasion they couldn’t fight back (W2, D1, L1).

However, they’ve only been trailing at half-time in home league matches once this term (HT: W2, D7) so they’ll hope for better here. And with just one home Bundesliga defeat since September 2020 (W14, D11) Urs Fischer’s side have become exceptionally difficult to overcome at An der Alten Försteroi – only Bayern Munich have managed to beat them during that time with Dortmund losing here 2-1 last term.

Fresh from announcing that centre-back Niklas Süle will join this summer from rivals Bayern, Dortmund must return to winning ways if they’re to maintain any hope of beating the defending champions to the title.

Nine points in arrears after matchday 21, they could do with Süle arriving now to shore up their defence as they’ve conceded 2+ goals in four of their last five league matches (W3, L2)!

Curiously, each of their last three Bundesliga away games ended in a 3-2 scoreline (W2, L1), with both teams scoring in their last seven such fixtures.

Action at both ends would be no surprise again as since Union’s promotion, the two league H2Hs here witnessed both teams on the scoresheet with Dortmund returning home pointless on each occasion.

Players to watch: Taiwo Awoniyi netted within ten minutes in two of Union’s last four home league matches while in contrast, Steffen Tigges has scored after the 80th minute in two of Dortmund’s last five league fixtures – including their last trip to the capital (vs Hertha Berlin).

Hot stat: Dortmund are unbeaten across their last five league away games played on a Sunday (W3, D2).