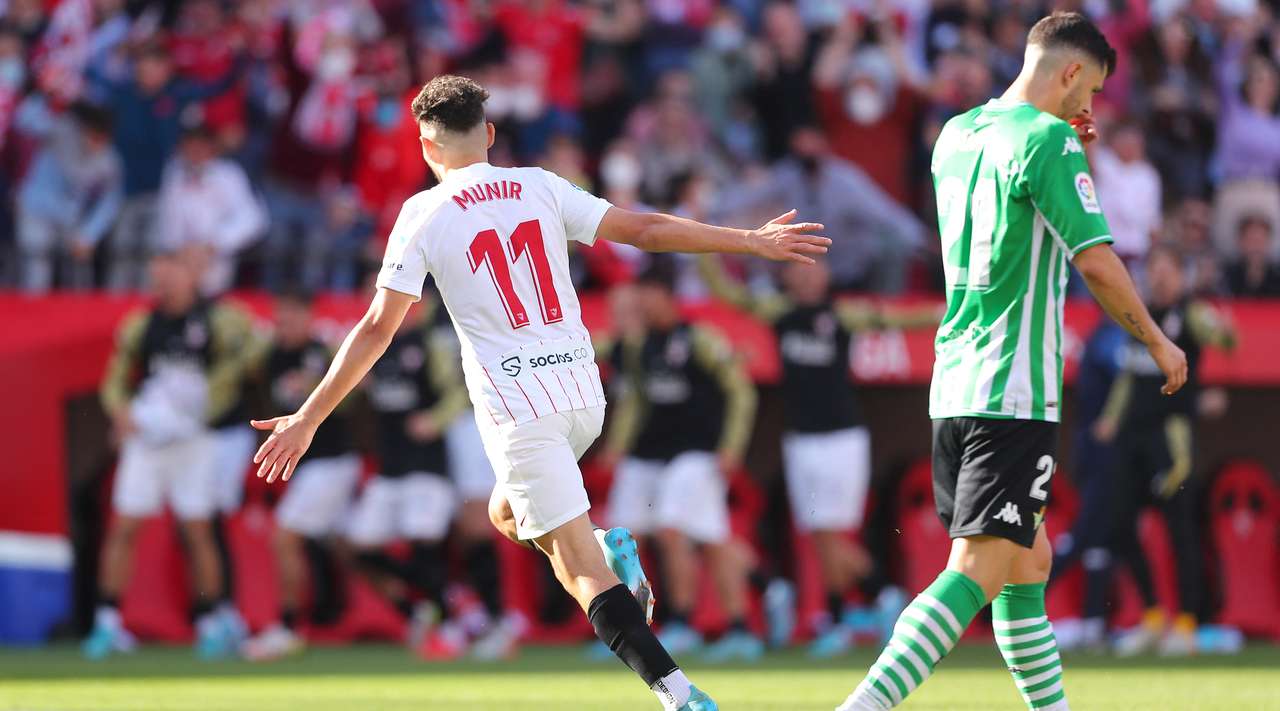 Sevilla extended their recent superiority in ‘El Gran Derbi’, after defeating Real Betis 2-1 at the Ramón Sánchez Pizjuán Stadium to register their third H2H victory in the last four matches in all competitions.

In pursuit of their first LaLiga (LL) title in 76 years, the hosts dominated the opening proceedings of one of the most highly-anticipated matches in Spanish football, never mind both sides being in the top three positions in the LL standings.

Despite coming in for criticism after his penalty miss against Osasuna earlier on in the month, Ivan Rakitić took it upon himself to step up and send the Chilean international the wrong way, coolly rolling the ball into the bottom left-hand corner to send the home support into rapturous celebrations.

In the absence of the suspended Juanmi, Betis were unable to continue demonstrating their potent attacking capabilities, as opposition shot-stopper Bono remained unengaged in the opening half-hour of the contest.

Betis’ abject failure to deal with Bono’s pin-point goal kick allowed super-sub El Haddadi to confidently take the ball down, amid a statuesque visiting defence, before striking a stellar effort into the bottom right-hand corner past Bravo.

In an attempt to reignite his side for the second half, Pellegrini called upon the wily Joaquín and Aitor Ruibal, which nearly had an immediate impact when Marc Bartra failed to hit the target, sending his effort high over the bar in the 59th minute.

Bono was called into action for the first time in the contest four minutes later, producing an acrobatic save to tip Cristian Tello’s effort around the right-hand post.

Álex Moreno wasted a golden opportunity in the 81st minute, which would prove to be pivotal when Sergio Canales sent a stunning free-kick over the Sevilla wall into the top right-hand corner in stoppage time.

The win extends the hosts’ impressive unbeaten record in LL to 11 matches and lifts them within six points of league-leaders Real Madrid. Meanwhile, Betis suffer defeat for only the second time in their last six matches.