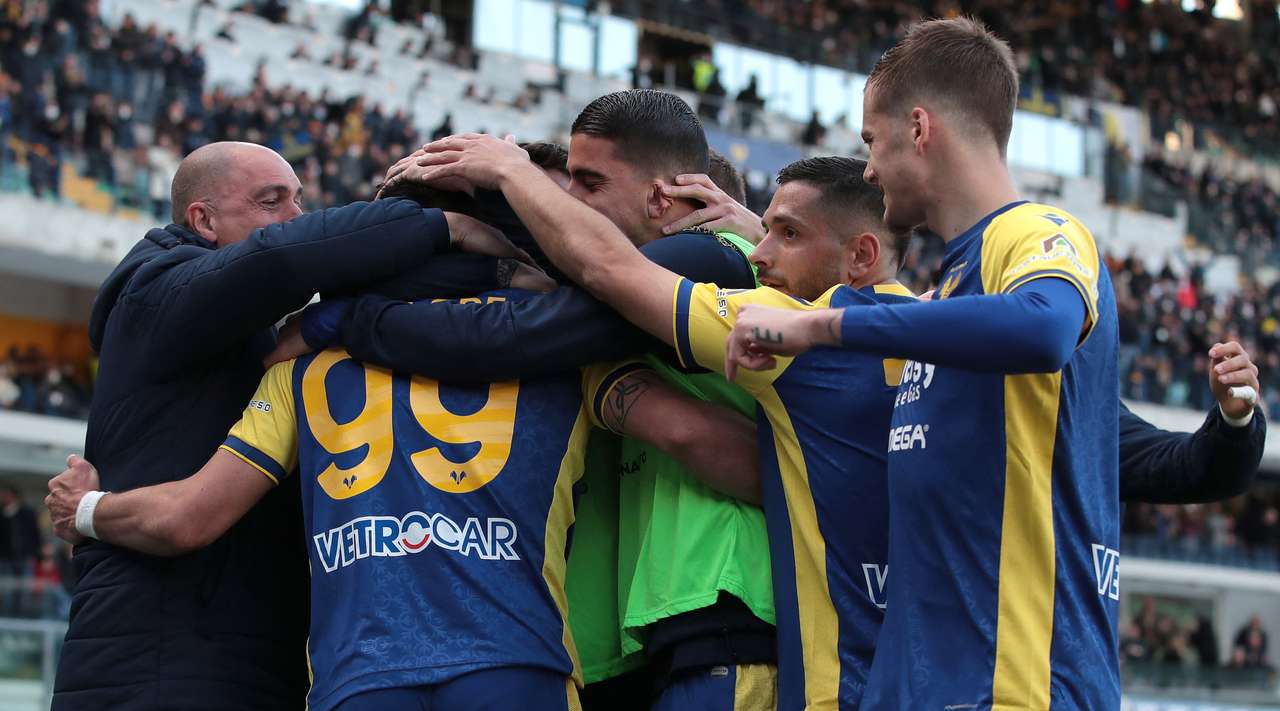 Venezia were made to rue a number of missed first-half chances, as they fell to a 3-1 defeat against Hellas Verona in an enthralling Veneto derby.

As a result of the victory, the ‘Gialloblu’ extend their unbeaten run against their local rivals to six Serie A matches.

Cagliari’s victory earlier in the day had left Venezia three points adrift of safety ahead of kick-off at the Stadio Marcantonio Bentegodi.

Aiming to close the gap, the visitors put their local rivals under a barrage of early pressure. as Ridgeciano Haps forced Lorenzo Montipò into a save low down to his right, while Darko Lazović was in the right place at the right time to clear David Okereke’s header off the line.

The visitors did not relent in their pursuit of the opener, with Montipò less than impressed that Federico Ceccherini was given the room to get a shot off inside the box, forcing the Verona keeper into a smart reflex save.

However, Montipò would have been disappointed with his own efforts in the 41st minute as he failed to deal with a Venezia corner-kick, but his blushes were spared, with Mattia Caldara unable to convert his header from close range.

After missing the chance to lead an away league game for only the second time this season, Venezia intensity had visibility dropped following the restart.

Meanwhile, the hosts upped the ante, with Gianluca Caprari going close in what was a sign of things to come. Moments later, Giovanni Simeone grabbed his first goal of 2022, when he capitalised on a defensive mistake to cut inside from the left before placing the ball beyond Sergio Romero.

Having ended his goal drought, Simeone wasted no time in doubling his tally, with his deflected effort leaving Romero wrong-footed.

With all hope seemingly lost, Okereke set up a nervy finale, arriving at the back post to head home Dennis Johnsen’s lofted cross with less than ten minutes left to play.

Although, any hope of a comeback was quelled by Simeone, who completed his hat-trick with a clinical finish, to round off a superb derby day